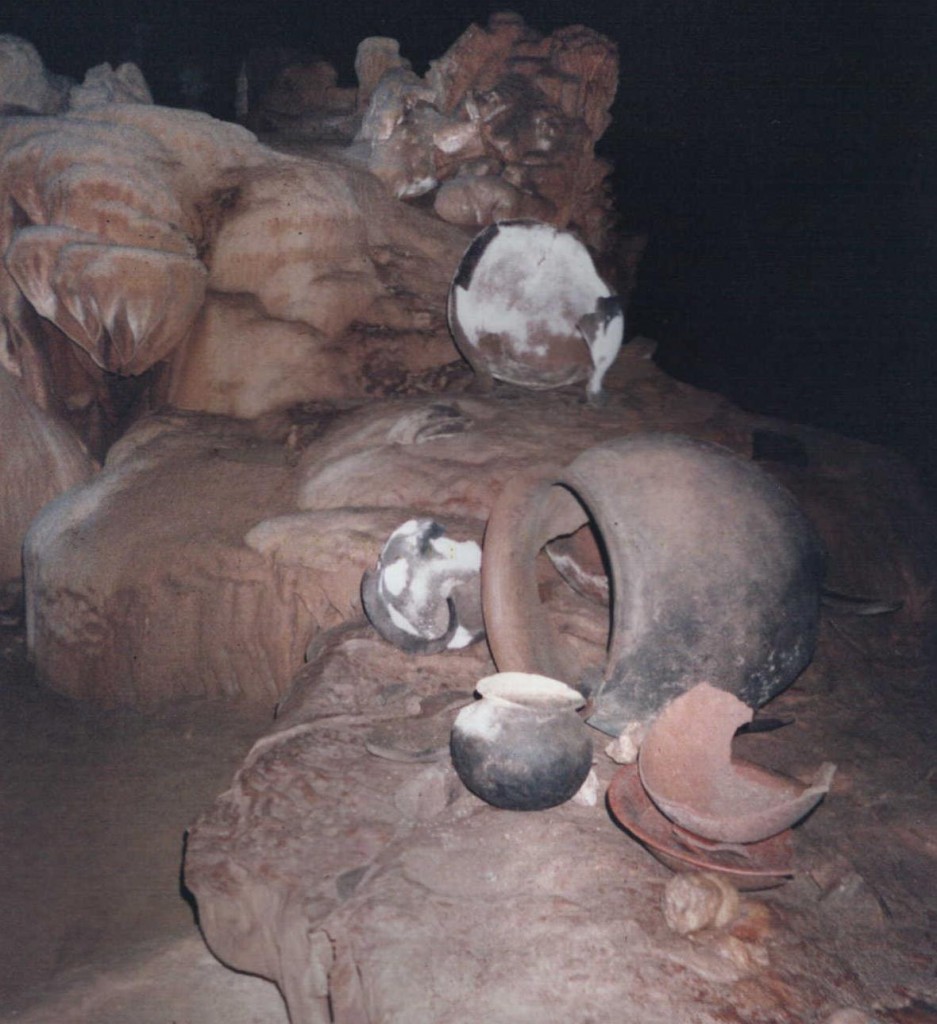 I was in Belize, an ex British colony which Guatemalans still feel should be theirs. I stayed at the same place as Chris and went on an excellent caving trip consisting of swimming through the cave to a Mayan ritual ground full of ritual pots and skeletons, also ate some termites from their nest – lovely. Here I met some guys driving to Guatemala and managed to get a lift. 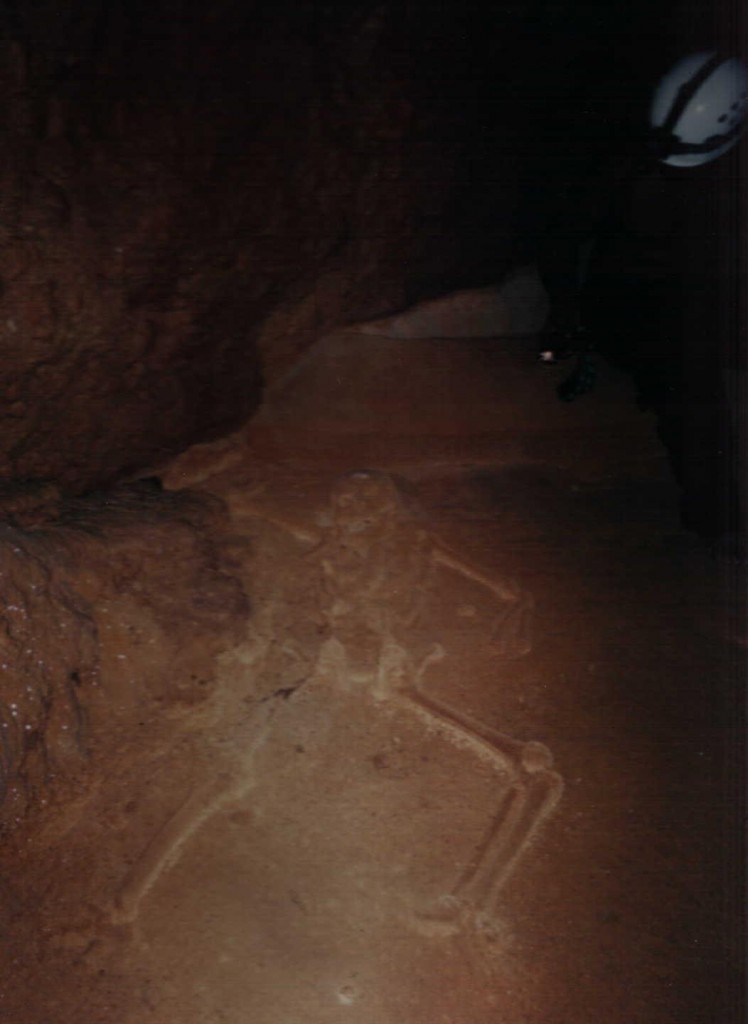 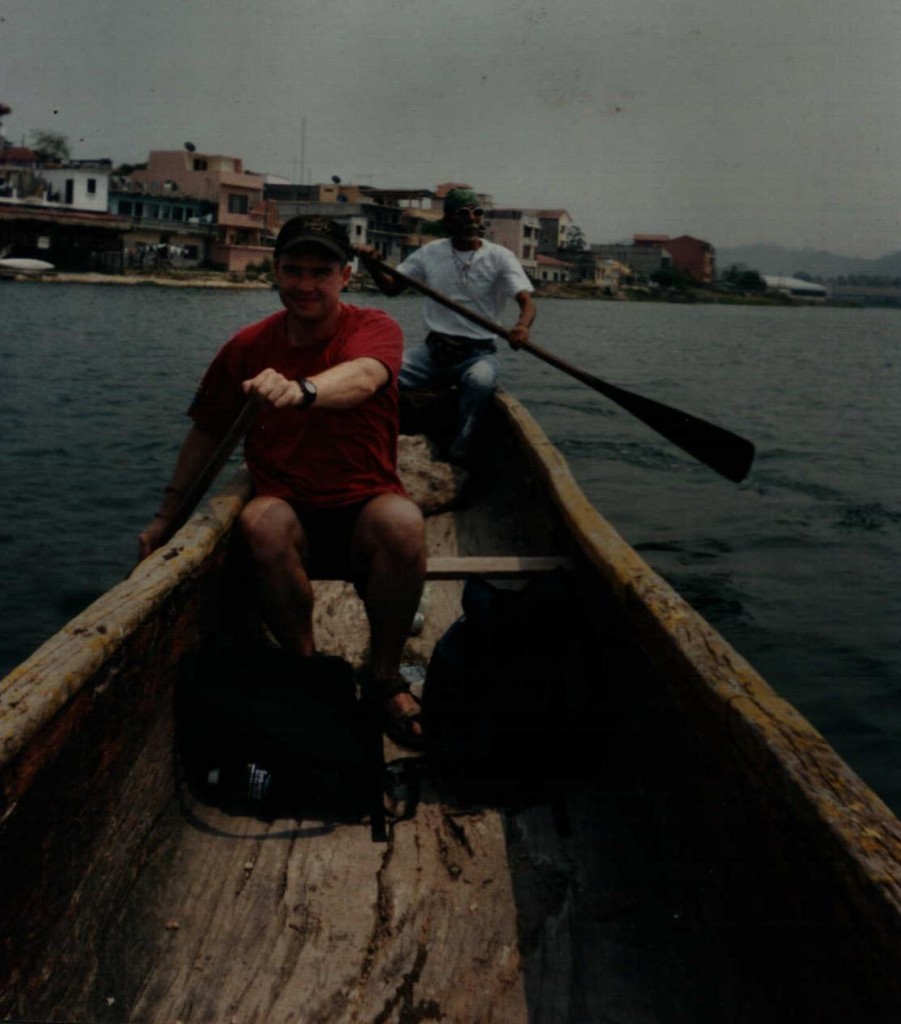 A small village on an island. Spent an afternoon on the Tikal Mayan ruins and met Judith. We had a few drinks and the next day did a local tour with Ramon to see some unexcavated ruins (aka hills) after a short canoe trip, where Ramon pointed out Mayan pottery and we ate some local plants (after Ramon ate first). The finale was on top of a hill which had a beautiful view of Flores and we found out it was Ramons birthday. Several hours later after many Rum and Cokes with Judith and Ramon I stumbled into the bus station for my next trip. 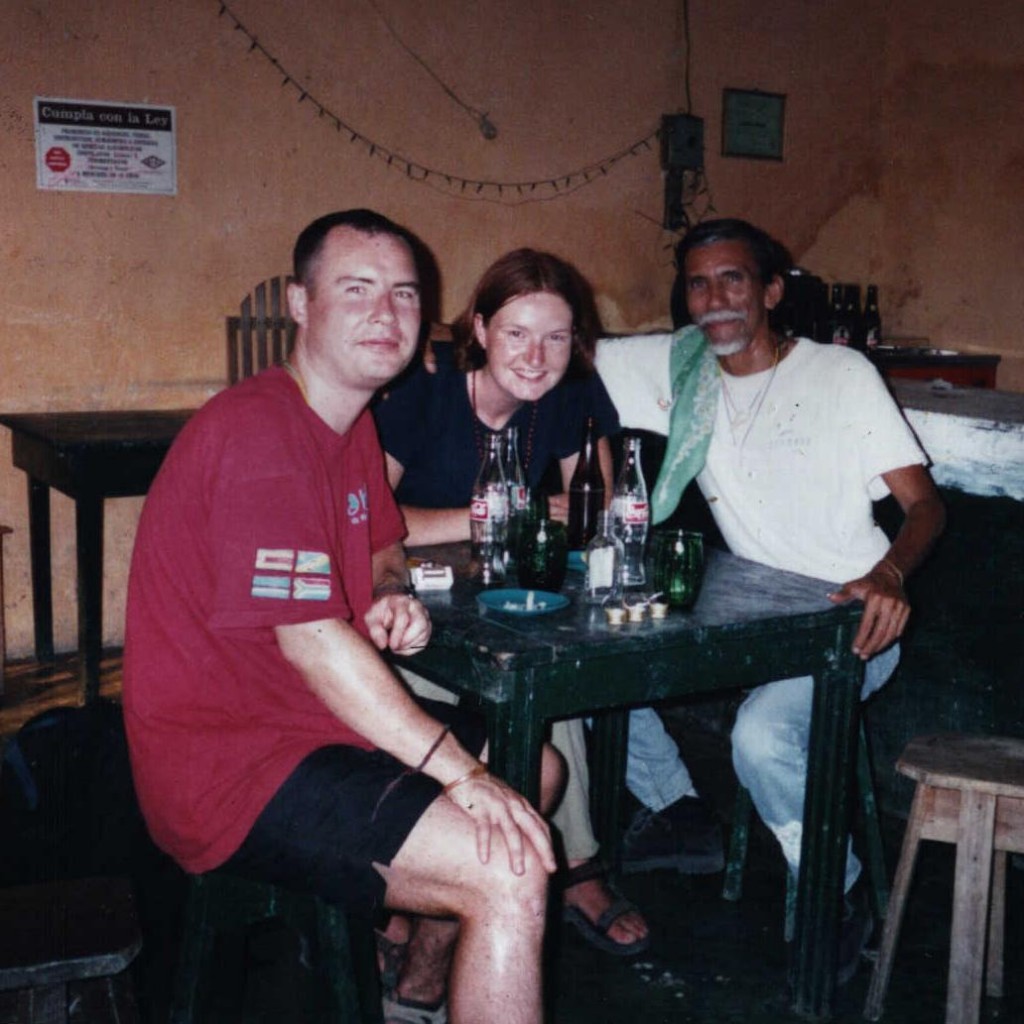 On the bus trip I met up with Charlotte & Simone (English), and a few Chickens. The rest of the day was a bit of a blur due to tiredness but it included breakfast, a broken glass, lists, a movie, drinking at Ricks and a lot of larfin´. 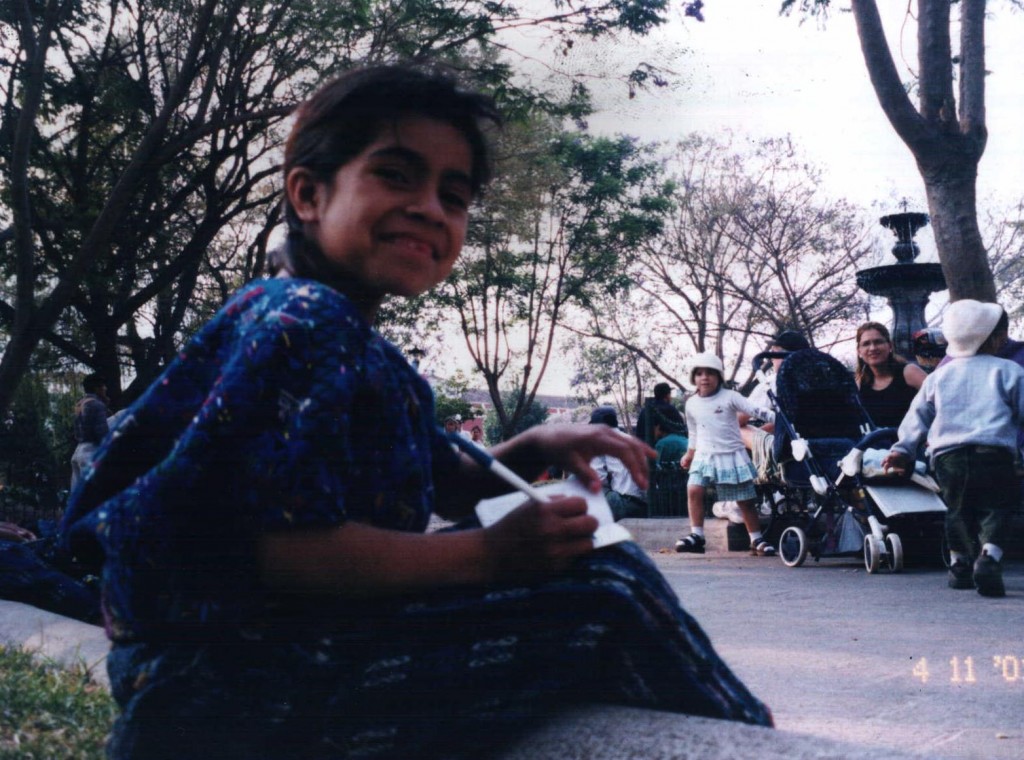 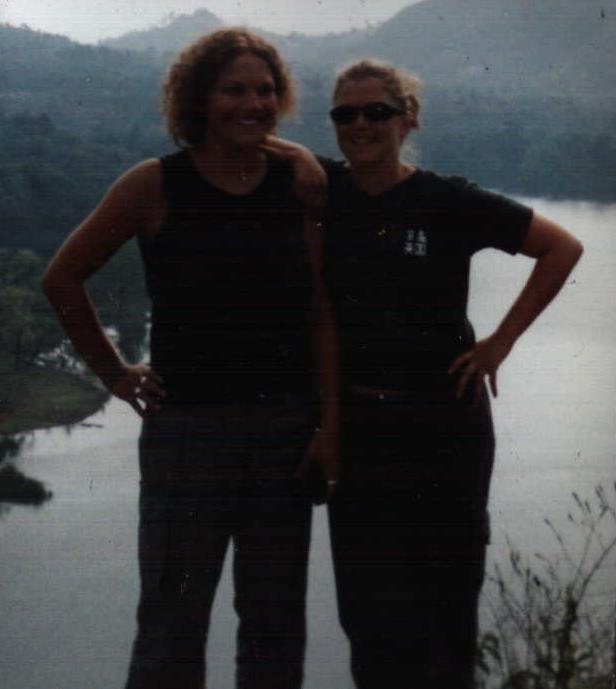 The next day we climbed the local active volcano, hard work but worth it for the sliding back down – more lafin’. In the evening back to Ricks for a few beers then returning to the Hotel to find I was locked out my room! After a bit of negotiating I was allowed in by the nice night security man (not) in exchange for my passport. It was all sorted the next morning (payment issues) then of to the busses again for 9 hours…

Walked into an Internet cafe and found Chris – what a surprise!