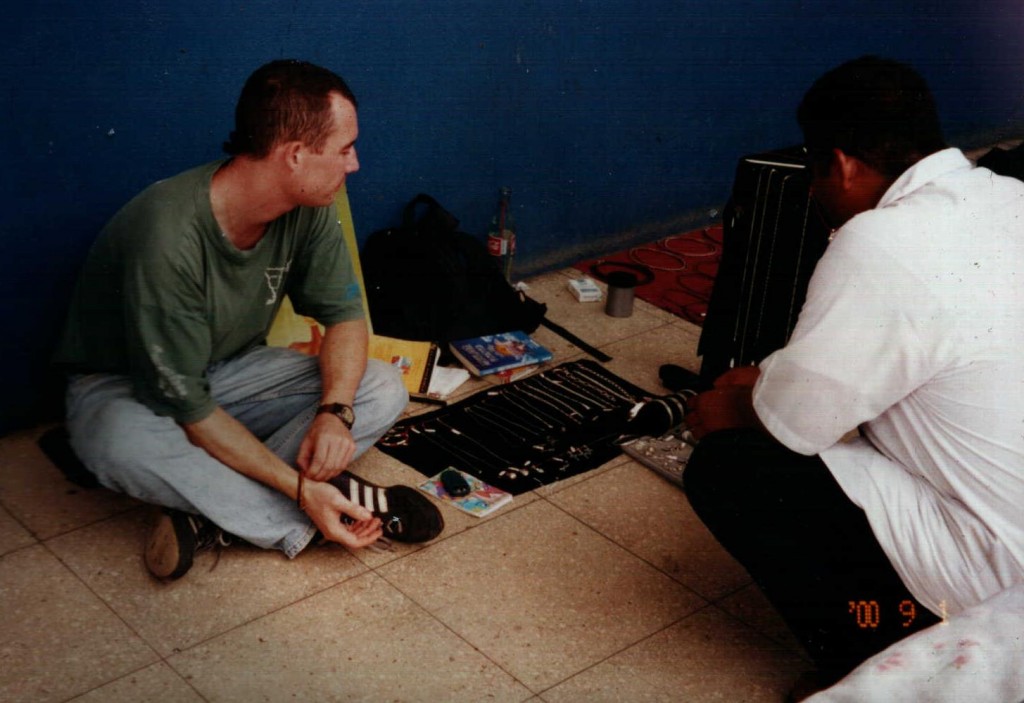 I planned to stay in Leon for two to three days. However, after a lunchtime bottle of wine I met Jean, a tall, Swiss, aging hippy dressed in white and a panama hat. That day I ended up joining his “project” and working for him in his travelers restaurant bar ‘Cosmo’ for free accommodation food and cheap beer – Perfect. 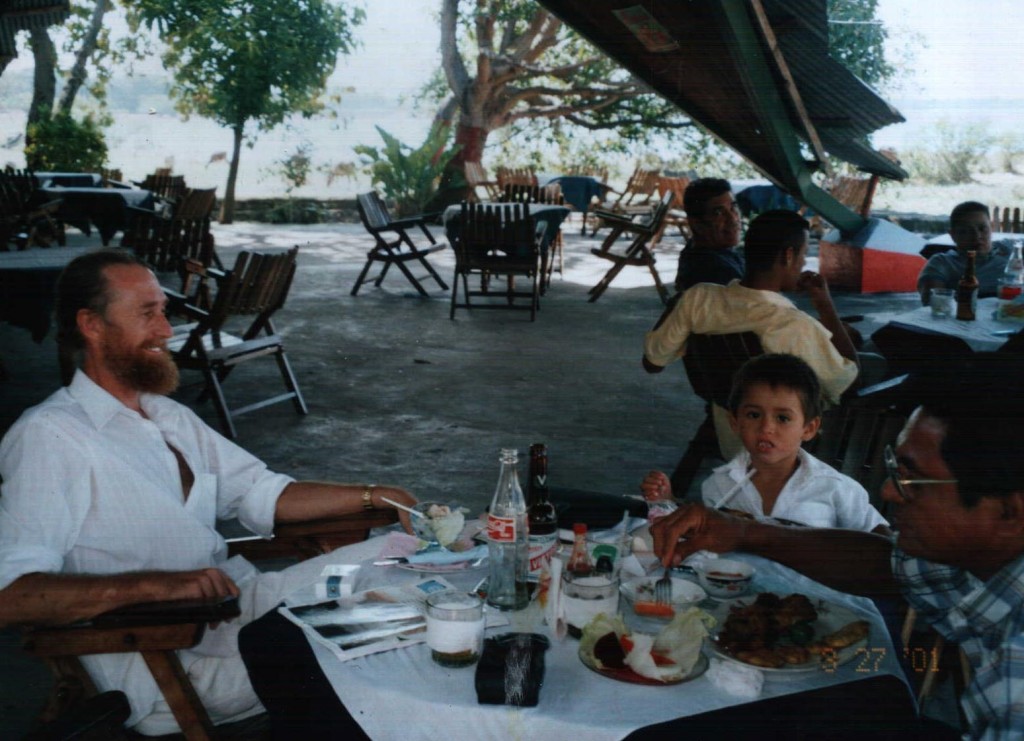 Leon is a a town near the North Pacific coast of Nicaragua, with many churches, friendly people, safe, full of students (mainly female) and a couple of bars and discos all in a short walking distance. Leon was the former capitol of Nicaragua, lost after desputes with 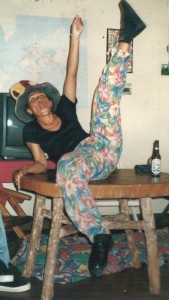 Granada resulted in a compromise of moving the capitol to Managua which is based between the two towns. Leon was founded near lake Managua but an earthquake destroyed it and the residents moved to the current location.

So, I worked in this restaurant called Cosmos, based in a house that was rebuilt after being destroyed by Huricane Mitch. I handed out fliers that made me a bunch of friends, and I got to know Jean. This guy ended up being a chronic alcoholic and was drunk before I would wake up. If we were lucky he would fall asleep by 5pm, if not he would scare off the few customers we had. He got known as the monkey from galactic city.

Life was good while I could put up with the monkey. I could drink with the customers, who were mostly just my friends, close when I wanted then return for after hours drinking. 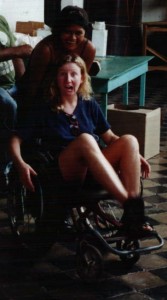 Eventually I had to escape from Galactic City and went on a holiday with Annette (miss you) to Granada the tourist centre for Nicaragua.

On return I moved into the same place as my friends Carlos and Justin who sold artisania (hand crafts). It was not long after that when Cosmos closed down after the monkey had scared of all his employees and customers. He then moved to the local beach to build a hotel!

After several failed dating attempts I decided to join the artisans by going to Mexico and buying silver, which I did in a week and a half via lots of chicken buses and bars. I also met Chris in San Salvador who was on his way down to see me in Leon – oops.

On return Justin had decided to return to the US so Carlos and I started our Artisania “project” with the material and silver I had bought.

Carlos and I sold on the street during the day and partied at night. Eventually we got a deal with Taquezal (a posh bar-cafe) to sell our goods, so we could combine work and play. 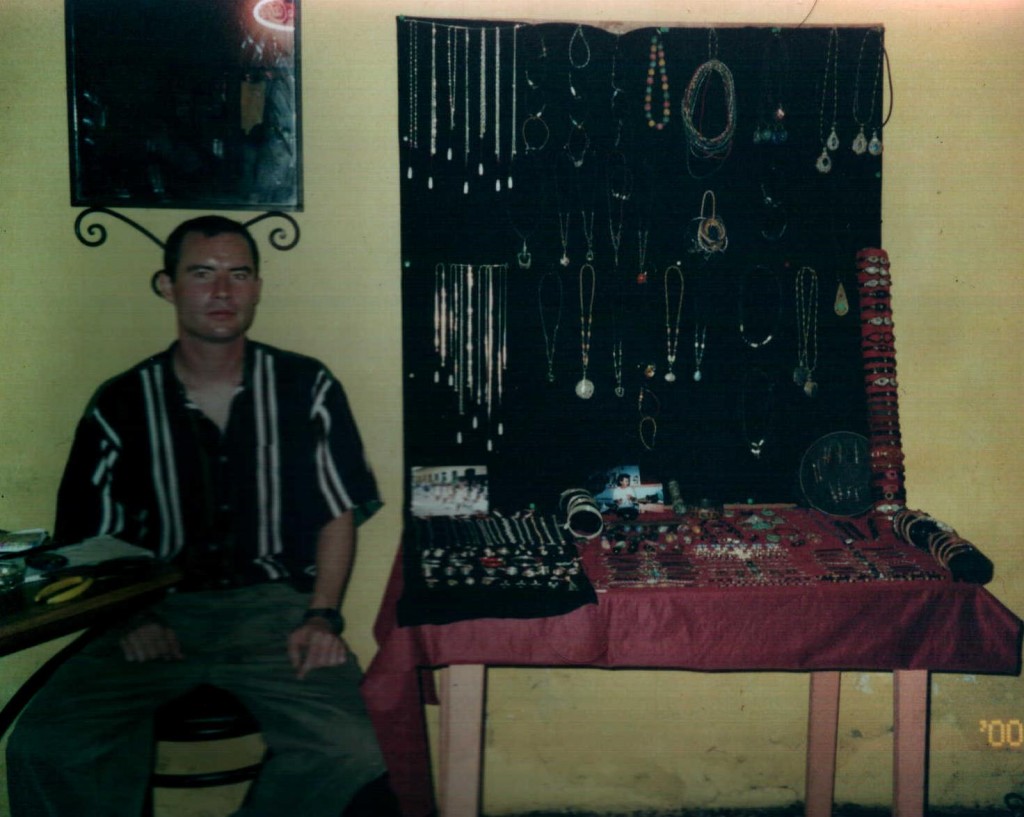 On to the main reason for Leon…..lots of young women! I managed to date regularly and eventually worked out the rules (using my limited Spanish). Dating is normally with an escort (And it was not just to get a friend in on the money deal). You have to ask a girl to be your girlfriend if you want to progress past chatting and sitting in the park. Once I had these rules, which took several months, I got a girlfriend in several days (Margarita). I’m now trying to work out the rules for girlfriends-boyfriends, so far I just know I’m meant to buy presents allot. 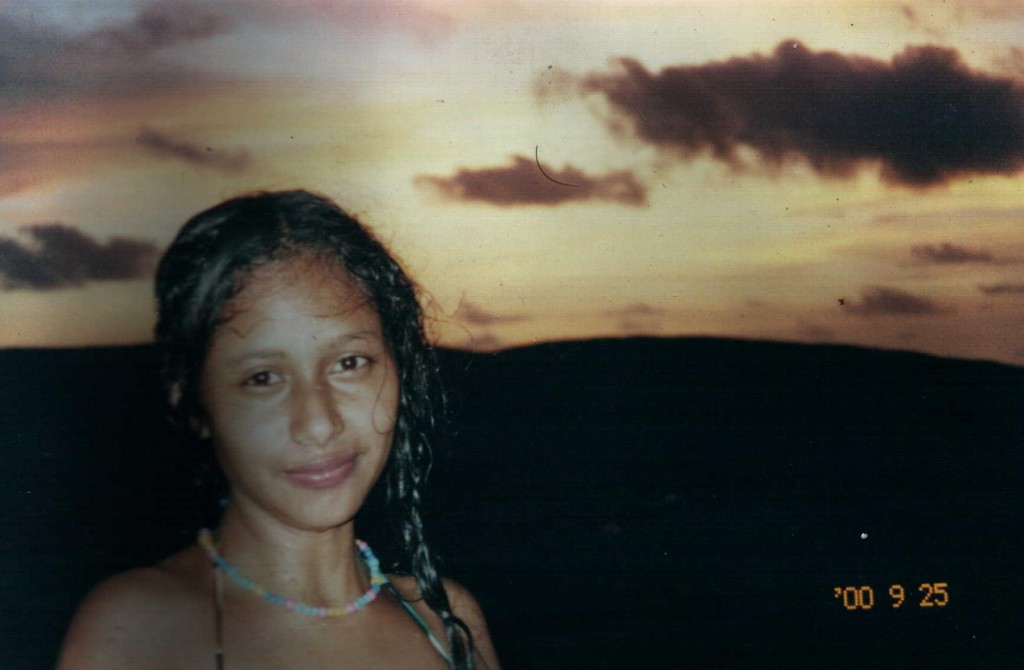 My Spanish is improving slowly and I can join in the odd conversation (3 beers is optimum for my Spanish).

While in Leon I met a good crowd of friends, some long stay, some for just days, we made trips to the beach, had barbeques (thanks Steve) climbed a volcano twice, and saw a million festivals, fiesta, fireworks. Oh, and I learned to drink rum. 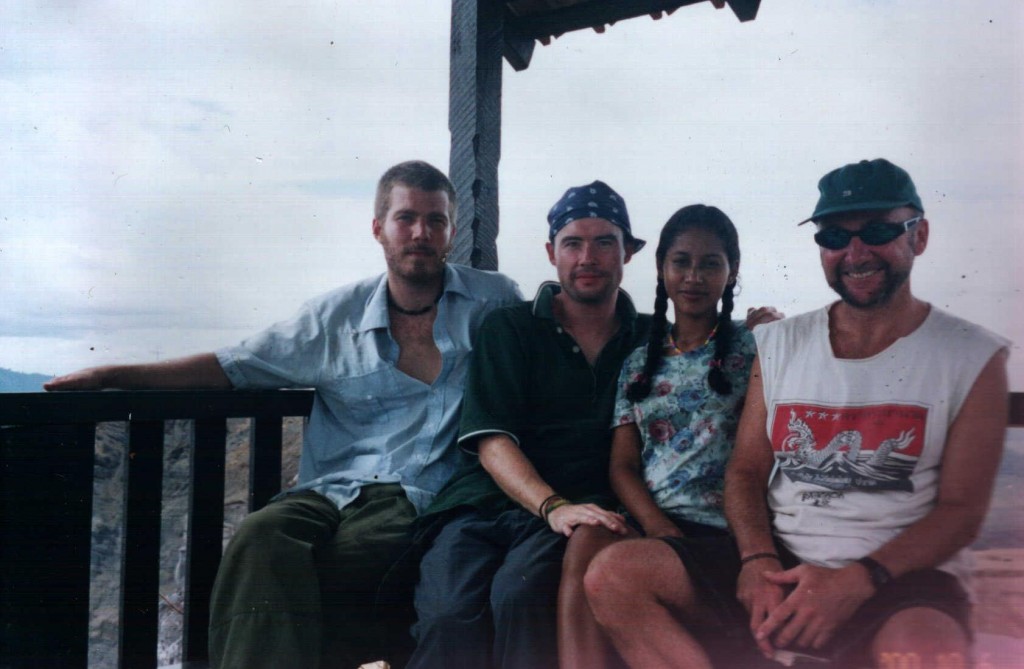 Carlos and I have now moved to Managua the capital and I am making jewelry as my silver is running short. I’m off to Costa Rica tomorrow for more material. but this will be the next story…. 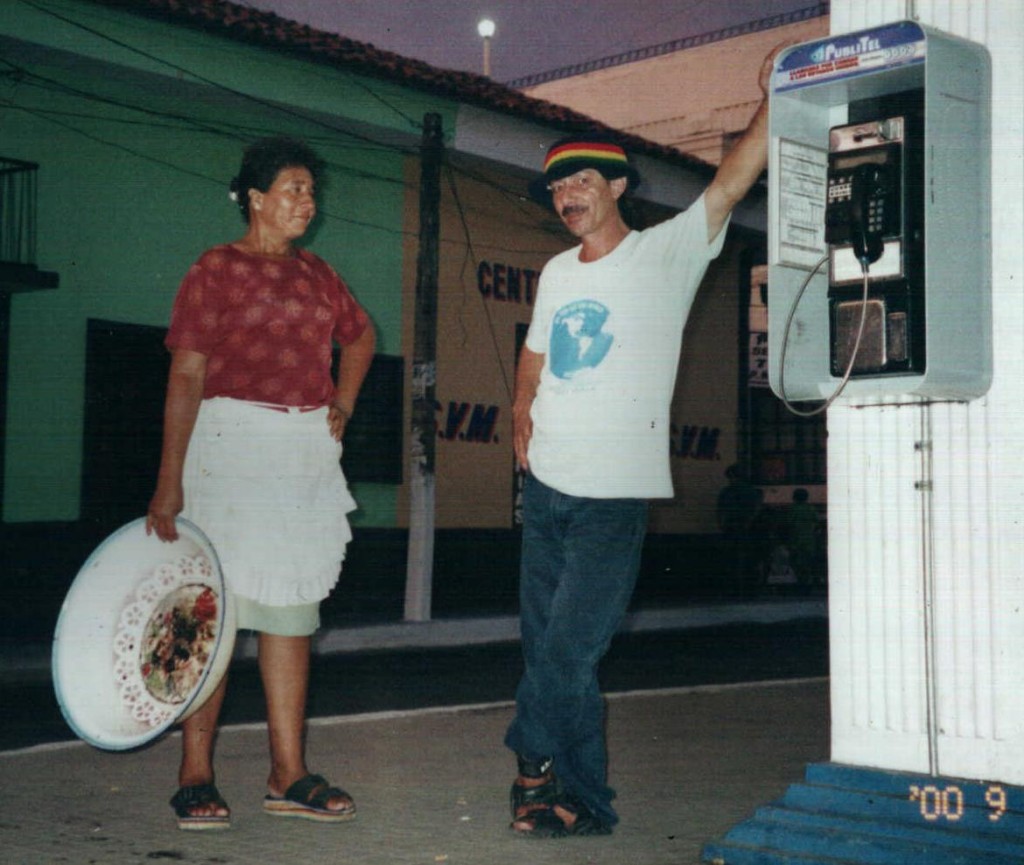 Oh, I missed my flights to Australia so I guess I have no restrictions any more!