The story so far….

A long long time ago in a world far from here, two intrepid men with a thirst for adventure and risk, decided to see strange new worlds, undiscovered by Macdonalds, in a place called Central America.

These men set of, brave in heart, to learn about the lands and the natives, and drink their beer.

This traveling took its toll, and after a terrible St. Patricks day without Guinness, I, one of the travelers, defected to the other side of the world (Australia) for a taste of the amber nectar.

Once rejuvenated, I returned to the quest at hand, which was first to find my colleague, then to continue on the trail for the perfect pint.

After crossing many lands in chase, I encountered my friend in a small town called Copan in Honduras. This is where the rest of the story begins…. 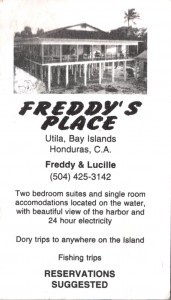 Ready for a new type of adventure, we traveled to the underworld by an island of North Honduras called Utila. After several days Chris was taken by the dark side and escaped southwards. Little is known of his whereabouts at this time. Rumors have him spotted watching the euro2000 somewhere in Guatemala.

So, Antonio (that’s me) continued his diving experience in Utila, accumulating 13 undersea adventures to become an advanced sinker. Utila is a small island consisting of two streets full of dive centers and divers. Life consists of diving, mellowing out on hammocks watching kids dive in the sea from a bridge and drinking in Coco Loco’s, a bar at the end of a small peer. They also speak English here (mixed with a lot of swear words). 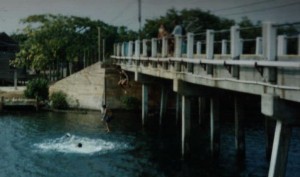 It became time to move on so I drank my last beer through a snorkel and headed back to the main land for a carnival in La Ceiba, a dingy beach town still suffering from post hurricane Mitch effects (i.e. no tourists) and a local ‘mafia’ problem. 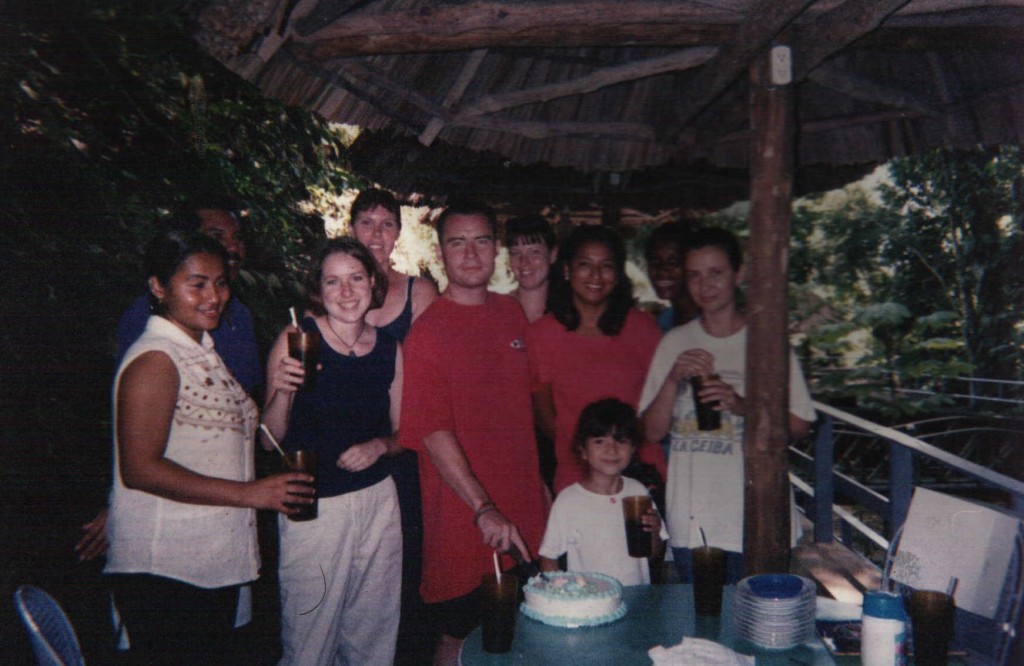 I had goofed up as the carnival was not for another week, so I decided to study Spanish in a local school. This ended up being a great move, as I was staying with a local family who took me out to the fiestas and carnival, was being taught by the most bonita chica in the world and met new friends through the school. The La Ceiba carnival lasts a week and consists of street parties every night in an area of town. These parties have live music, dancers, and discos on the pavement. My favourite was the punta dance, from the local garifuna community, which basically consists of the girls wiggling their asses at the guys. The week ends in a big parade and party. I stayed for another weeks classes to recover. We also went to a garifuna beach, did some diving in a river and a trip out to a national park. 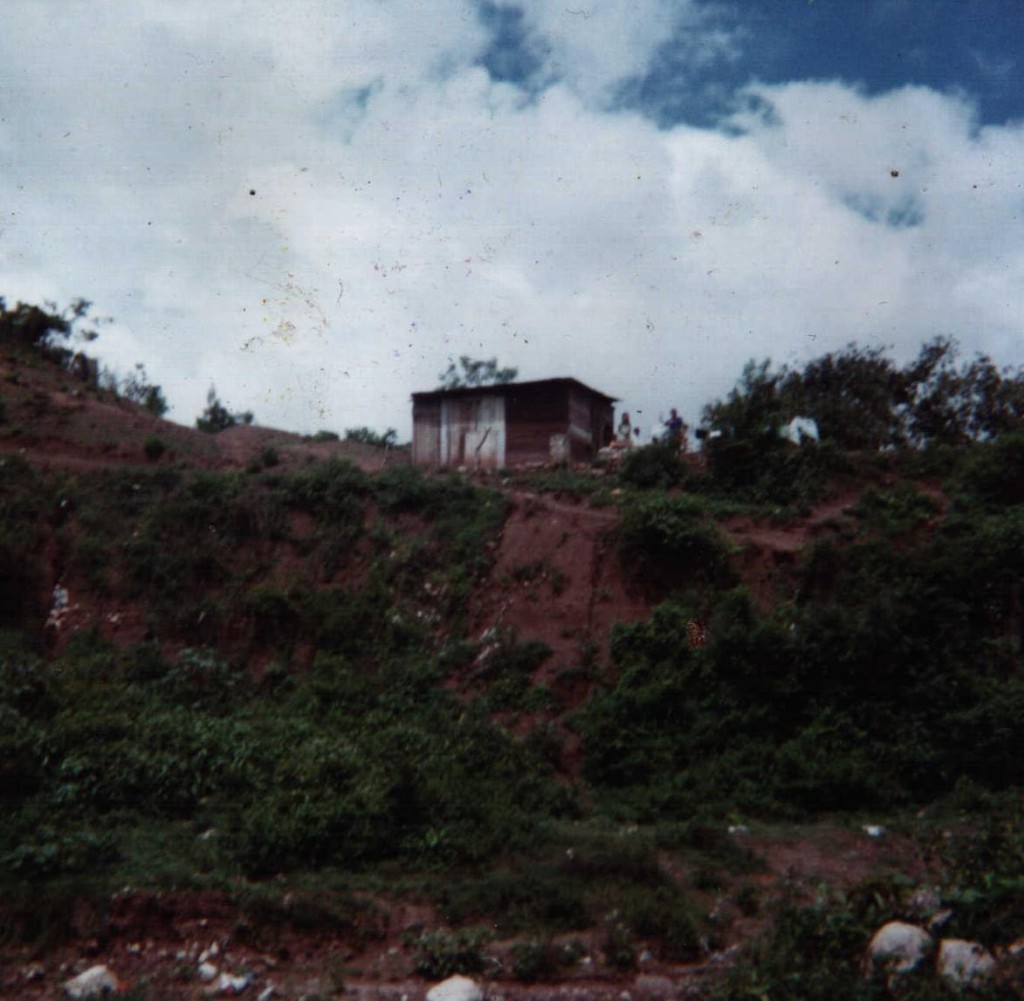 After two weeks of intense Spanish my brain was fried, so I packed my bags and headed south to Tegucigalpa, the capital of Honduras. Also a poor, run down city where the people see tourists as money. I managed to hook up with a local girl who showed me the one tourist attraction, a coca-cola sign on a hill like the Hollywood sign, but smaller. She also showed me her house on the outskirts of town which consisted of a shed on a hill. Inside it was divided into three by curtains to make two sleeping areas and a kitchen. This shack was the house for at least three adults, two children a chicken and a dog – makes you think! 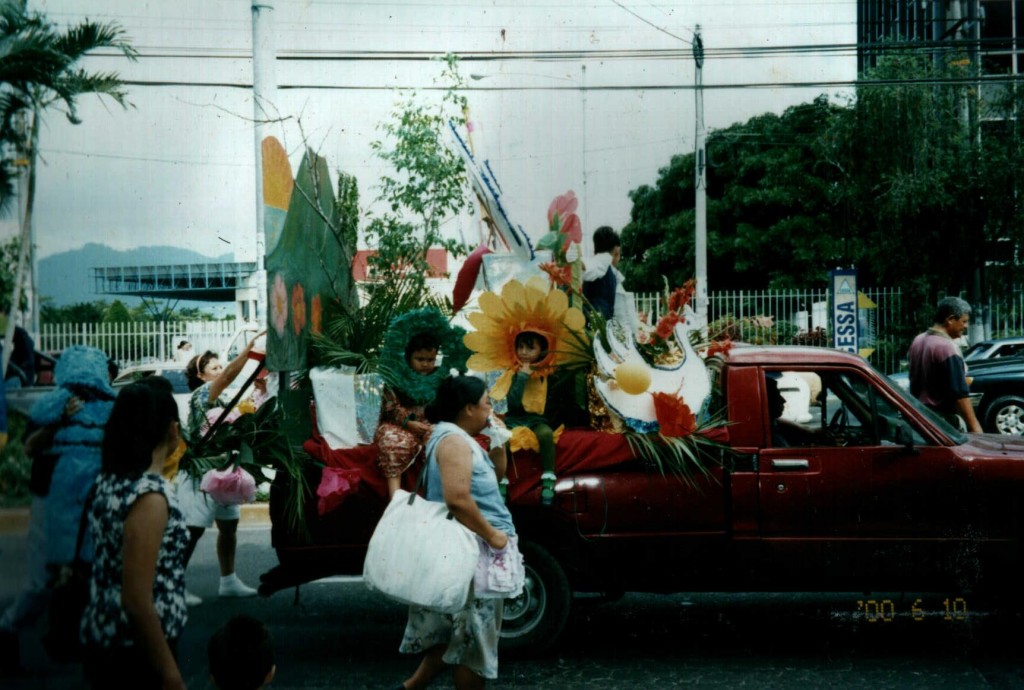 Not impressed by Tegucigalpa I quickly headed to San Salvador in El Salvador. El Salvador gets a bad rap so I was expecting to be mugged before I left the bus station. I was not expecting free food and pillows on the bus, then to arrive into a town full of shopping malls, pizza huts, shoe shops, tree lined side walks and one of the best hostels around…Ximenas. True, not all of the city and country is like that, but it was a completely different picture to Honduras. 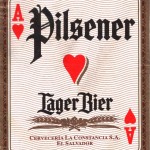 I spent about a week here and met the most interesting group of travelers yet…wrestlers, a gay priest, two lesbians, surfers, American princesses, hardened travelers and two Yanks (A stripper and the club owner) on the run from persecution by the police.

San Salv is also very close to many day trip destinations. One day we went to the beach to learn surfing and discovered I was better trained for drowning. Another day we went to a village by a large lake and had a beer in a restaurant with a bueno vista of the lake.

So I got a lift from Bonnie & Clyde to the Nicaraguan border where they got turned back due to incorrect paperwork for the car. (They had no problem with his passport once he died his hair and wore sun glasses so they couldn’t tell his eyes were the wrong colour…. all gringo’s look the same anyhow). 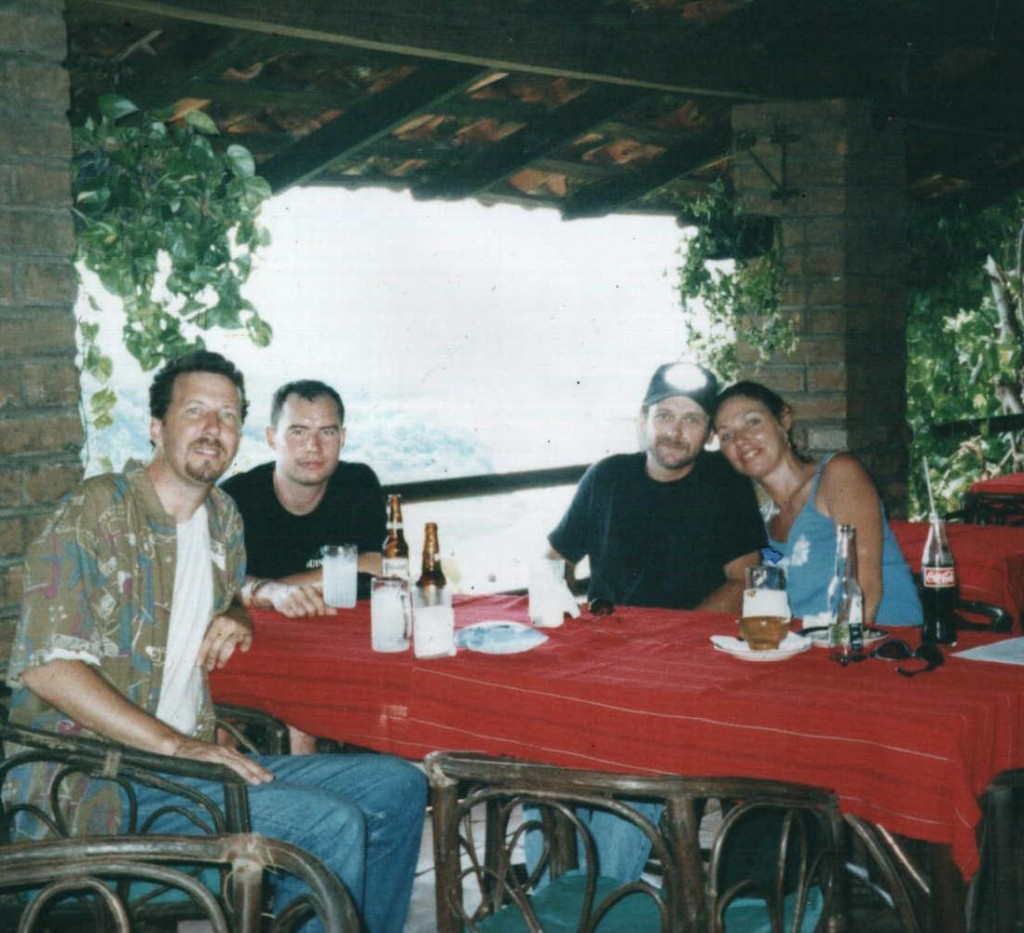 A couple of short bus trips later and I was in Leon…me gusta Leon. A student town full of churches, lots of fiestas, friendly liberal people and something like 80% women!!!!!

Next installment….Leon….
The monkey from galactic city
Work, Play and Tourism students.