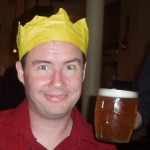 When my previous employer moved I had to cycle through the Adelaide CBD to get to work. To make this more interesting I let myself have a tipple in the odd bar, pub or hotel.

The nice people at work gave me a book about my exploits: 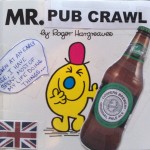 And this was all before I started sharing my whole drinking life on Foursquare!

I mapped my progress and wrote some mini reviews about each bar:

A working mans pub with pies, dog racing and the Simpsons on TV.

I enjoyed a pint of “Mile End” at the bar.

Saying that, I enjoyed a chat with a patron out on the street side tables.

A modern and boring decor.

A strikingly white bar with a large seated pavement area.

A good place to watch backpackers getting lost as they go from the station to the local hostels.

I didn’t see much of the inside but it looked cozy.

Outside there’s a large open area with tables. Just across from china town makes it a good place to people watch over a beer.

Nice front bar with some character. Looks like it has quite a few regulars.

A good set of table out front for those sunny evenings.

myBar: A sports bar, dinning area, lounge, disco and locals bar all in one room.

If you like your alcohol on mass then you can buy beers and cocktails in large tubes.

The large POKIES sign on the door almost stopped me going in!

Its a small bar, more like a cafe with a background of pokie music. Not a place for nick, nor me.

A sports bar but with a comfortable feel to it.
The Cumberland Arms Hotel
Under renovation when I was there, but still open.

A lot brighter and friendlier than the old dark grungy feel. A lot of potential.

My first time here since the renovation and wow, what a change.

I remember a small dark bar and now its a large bright and open bar with a distinct style.

I sat at one of the large windows where I could see a multitude of outside benches and the local square.

Only down side is no seats at the bar.

A small and friendly pub that seems popular with the locals.

Made better by meeting and old drinking buddy from my first years in Adelaide.

Another one thats been recently renovated. It must be the season!

They’ve turned it into a funky retro bar full of colours and plastics. I was expecting to see the Jetsons hovering around.

Outside theres plenty of roomy pavement seating and the place is topped of with a grass covered upstairs balcony with a good view.

Used to be a locals pub with a pool table. Now attracts suits in the early evening.

Its not all bad. They sell a verity of SA beers and the built in bench seats outside are a nice place to watch the commuters go home via car, bike tram or foot.

Students, Backpackers and a host of characters that probably have many a story of escapades and woes.

Perfect place for sitting outside and watching the world wander past.

Overloaded with pokies and a nice view of a supermarket car park.

No wonder I never drank here before

When I retire I’ll move in here.

Popular with the older swingers and seems to be very social.

This is where all the dressed up yuppies go after work.

I was surprised they let me in with my thongs.

I came here to watch some friends play and found out they had beer.

Its quite a nice place to have a summer beer and watch others getting fit.

Friday and this place was packed. I had to wait at the bar!

Has a nice long bar you can sit at and socialise. Or you can try out their bed like sofa things.

It seems goths can go out into daylight!

Peircings, tattoos and black clothing is not compulsory, but expected here.

As its on my stagger home I’ve been here a few times. It has a casual and sociable atmosphere.

Hippy, earth lovers or organic vegiterians, the people in this place have character and a need for a hair cut.

I’m not surprised as the place itself is full of memorabilia, items of the world, and general tat. Every time I’m here I see new and entertaining artefacts around the walls.

This place has a good bunch of bar flies, and I’ve been one of them a few times. Tends to be good for bar stool conversations.

Not a popular place for suits who probably don’t like the smell of socks from the front bar!

Has some entertaining memorabilia on the wall.

Love the spinning fans and an excellent place to watch major sports events.

The street seating was a bit boring though.

Lots of the typical wood and chrome topped with Irish memorabilia. The newish beer garden is interesting but I couldn’t find a seat where I didn’t feel like everyone would be looking at the sad lonely guy, so I sat at the bar!

I sat at the bar and immediately felt comfortable.

Has a bright and open front bar with a casual crowed chatting away.

I’ve never noticed this place before.

A bit of a rabbit warren including in inner courtyard.

I had a pleasant beer out the front and watched people milling around the central market.

New owners and just going through refurbishment. Which would explain why its so quiet on a Friday evening.

Will have to see what it turns out like. It has a lot of potential.

I wonder if they will keep the grass topped tables and the throne room!

The street construction does not help either.

Lots of different places and ways t hang out in this bar.

This includes a lot of tables on the street corner where I enjoyed a German beer and their free Internet.

Good place to play pool and watch the eclectic customers enjoying a beer or a wine.

Half hotel half Thai restaurant and it seems to work.

They have some different beers, and I tried one while having a nice chat to a regular about the city bars.

Today it was full of lonely regulars. Half way down my pint I was considering suicide.

Besides that, its a nice looking pub and has an original outside table/bar are where you can watch the residents across the road get changed.

Its a sports bar and pokie place, so I’m not surprised I don’t like it.

However I will be there for the world cup.

I was surprised how quiet and mellow this place was, being used to it late at night.

Outsides a good spot will punters walking by and the parklands across the road.

The Guinness was crap.

A popular happy hour bar so I had to try it.

Not bad but nothing special.

I almost cried. This place no longer has its large selection of international beers. Just a few are left in the bank of empty fridges behind the bar.

I had one of the remaining German beers and reminisced about the good old days.

Friday before Xmas and this place was packed. Outside had reached capacity and the bouncer wouldn’t let me join in. They even had a DJ.

Nice view of the fire station.

A small bar with fat sofas makes it feel like a smoking lounge.

Add some foreign beers on draft and a good view outside.

Nice little bar with a good view. Window seats are a nice touch.

A cold beer, half a dozen natural oysters and a sunny evening by a park….Mmmmm.